Sermorelin Efficacy and Comparison with Peptides 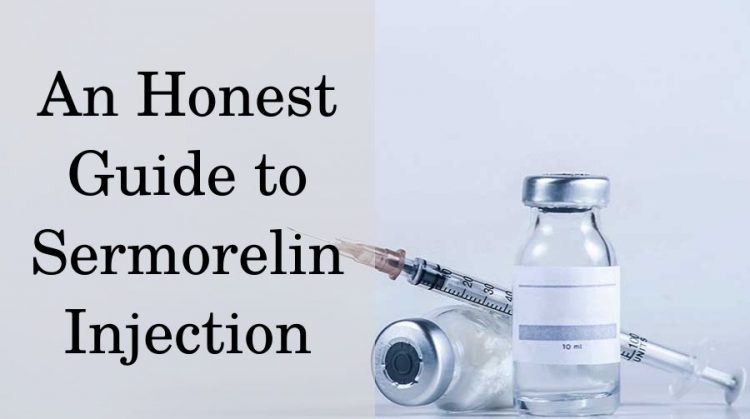 Sermorelin Acetate, also known as GRF (1-29), is a growth hormone secretagogue (GHS). This means it can stimulate the natural synthesis of human growth hormone (HGH) in your pituitary gland.

Sermorelin is FDA-approved for the diagnosis and treatment of growth hormone deficiency (GHD) and short height in children. However, it appears less effective than the standard treatment with HGH injections.

Furthermore, GRF (1-29) is not a controlled substance and doctors may prescribe it for off-label use, including therapy in adults with GHD.

In this article, you will learn more about the use, safety, and effects of this medicine compared to other GHS and HGH injections.

Sermorelin is a peptide made by a chain of 29 amino acids, hence the name Growth hormone Releasing Factor (1-29).

This is the smallest functional fragment of a hormone that’s naturally found in the human body, called growth hormone-releasing hormone (GHRH). The latter has 44 amino acids and its main role is to stimulate the pituitary gland into producing HGH.

Normally, the pituitary gland produces HGH in pulses under the stimulatory effect of GHRH.

Similar to GHRH, this medicine can stimulate the pituitary gland to synthesize HGH which leads to higher and more frequent peaks of the growth hormone levels in your body.

On the other hand, the hypothalamus produces somatostatin, which helps regulate GH levels and prevents GHRH, sermorelin, or other GHS from increasing your growth hormone above physiological levels.

How does it work?

Sermorelin acetate was first shown to be effective in treating GHD and short stature in children. Sermorelin therapy successfully increased growth velocity in several trials with children, albeit it was less effective when compared to HGH therapy.

In adults, sermorelin was also effective in elevating HGH and IGF-1 levels and led to a minor increase in lean body mass.

Sermorelin has a great safety profile, and the most common side effects include local reactions in the injection spot (redness or pain), nausea, and transient facial flushing.

The medication was manufactured under the brand name Geref by Merck Serono until 2008 when it was discontinued due to manufacturing difficulties rather than any safety concerns.

Nevertheless, this medicine is now available as a generic medication produced in the US and it can be purchased from US pharmacies after obtaining a medical prescription.

How to get Sermorelin

You may purchase legal and genuine sermorelin, only from licensed clinics and pharmacies which require you to have a medical prescription.

Sermorelin injections are FDA approved for the treatment of children with short stature. Although it’s not approved for use in adults, doctors are also allowed to prescribe it for off-label use such as therapy in GHD.

If you have symptoms of low HGH, then you should visit a medical specialist such as an endocrinologist who will assign you diagnostic tests.

When you are diagnosed with a condition such as GHD that deems the treatment necessary and legitimate then your doctor may also offer you a prescription.

The HGH stimulation test involves the application of medication such as insulin which triggers a peak in growth hormone levels. GRF (1-29) may also be used to provoke a peak in HGH levels when applied intravenously.

According to an Endocrine Society Clinical Practice Guideline, if your peak GH levels are under 5.1 ng/ml for the insulin test and 4.1 ng/ml for the GHRH/sermorelin test, it indicates that you have GHD.

Since sermorelin acetate is not officially approved for therapy of GHD in adults, your treatment won’t be covered by insurance.

Dosage and administration of Sermorelin 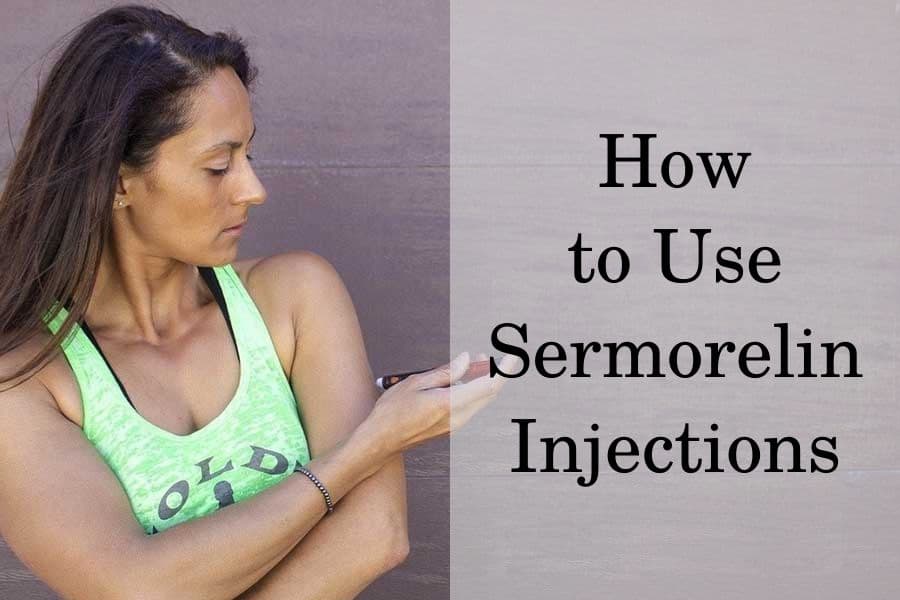 If your doctor has prescribed you this medicine for home use, you should strictly follow their instructions on dosage, administration, and disposal.

You can self-administer GRF (1-29) safely by subcutaneous injections. Oral therapy is not an option since Sermorelin is a small peptide that can be easily destroyed in your gastrointestinal system.

Sermorelin is available in lyophilized form as either a 0.5 mg vial or 3 mg vial, both of which come with a 2 ml vial of bacteriostatic water for reconstitution.

You must reconstitute the medication into a liquid using a regular needle and syringe, and then replace the needle before the subcutaneous injection. Never reuse needles or syringes.

Also, make sure to get a puncture-resistant container as well in order to dispose of your needles and syringes safely.

The standard recommended sermorelin dosage is 0.2 to 0.3 mg, taken once daily, preferably before sleep.

In some GHD patients, the pituitary gland has significantly reduced responsiveness to stimuli and a single dose may be ineffective. Then, sermorelin can be taken twice daily (morning and evening) due to its short half-life.

It’s best to abstain from eating any food two hours before and two hours after your injection, since increasing your insulin will negate some of the HGH-stimulatory effects.

How long does it stay in your system?

GRF (1-29) is a peptide made of a chain of 29 amino acids and it has a half-life of just 10 minutes which is the shortest half-life of all GHS.

The growth hormone releasing factor (1-29) should not be confused with the Modified GRF (1-29). The modified version has 4 of the original 29 amino acids replaced in order to increase its half-life up to 30 minutes.

The best spots for subcutaneous injections of sermorelin are the abdomen, upper outer areas of your thighs, upper arms, and lower loins. Injection sites should be rotated after every dose to prevent local loss of fat tissue.

What results to expect from Sermorelin therapy

Sermorelin has been studied mostly in children with short stature, where it has shown significant benefits for stimulating growth.

Nevertheless, studies in healthy adults reported that sermorelin induces an increase in HGH levels as soon as 10 minutes after an injection, and the peak continues for 1-2 hours.

Furthermore, 4 months of therapy led to an increase in lean mass, without changes in body fat, bone density or other health effects.

According to research, the medication may also result in a small increase in luteinizing (LH) and follicle-stimulating hormones (FSH) in men but without significant changes in testosterone levels.

Scientists report that in patients with GHD, sermorelin was able to increase natural GH production in most of the participants, but peak concentrations remained lower compared to healthy controls.

That’s likely because patients with GHD often suffer from pituitary damage, which attenuates or completely disables the response of the gland to stimuli such as GHS.

On the other hand, HGH injections can increase your growth hormone levels regardless of the severity of the pituitary damage that has led to GHD.

Sermorelin injections are often promoted as an anti-aging therapy that can restore your natural HGH production especially if you have experienced an age-related GH decline.

However, the available scientific evidence suggests that Sermorelin has limited benefits in healthy individuals which mostly involve improved body composition. Thus, increasing HGH is not an effective anti-aging strategy.

What is more, elevating HGH beyond physiological limits may actually speed up the aging process of some of your tissues and cells.

Another myth regarding GRF (1-29) benefits is that it may help you “reopen” your growth plates and increase your height. Despite the fact that sermorelin acetate is effective in increasing growth in children, the medication can’t help adults grow taller.

Children grow in height thanks to their bones which grow in length. The process occurs in specific areas of the bone made from cartilage called growth plates and it’s directly stimulated by the child’s GH levels.

However, scientists report that growth plates slowly turn into bone tissue around the age of 12-16 years in girls and 14-19 years in boys which puts a stop to the process of growth in height.

Once the plates are closed there is no way to “reopen” them and increasing HGH no longer stimulates growth. Thus neither sermorelin nor HGH injections can make you taller.

What are the side effects of Sermorelin injections?

The most common side effects are local reactions in the injection site. They occur in about 1 in 6 patients and include:

Studies on this peptide haven’t lasted more than 12 months, so any long-term side effects are unknown.

Furthermore, there are several contraindications against sermorelin therapy, including:

Despite the fact that brain tumors are a common cause of GHD, the effects of sermorelin therapy in such patients have not been studied in clinical trials. Thus, it is not recommended that such patients be treated with medication.

Can Sermorelin cause cancer?

Sermorelin injections have not been studied in animal or human cancer patients either, so it’s best to be avoided by patients with a history of active malignancy.

Most people may develop antibodies after using Sermorelin acetate. However, these antibodies are not a cause of concern, since they do not lead to allergic reactions or reduce the effectiveness of the medication. What is more, they often disappear spontaneously. 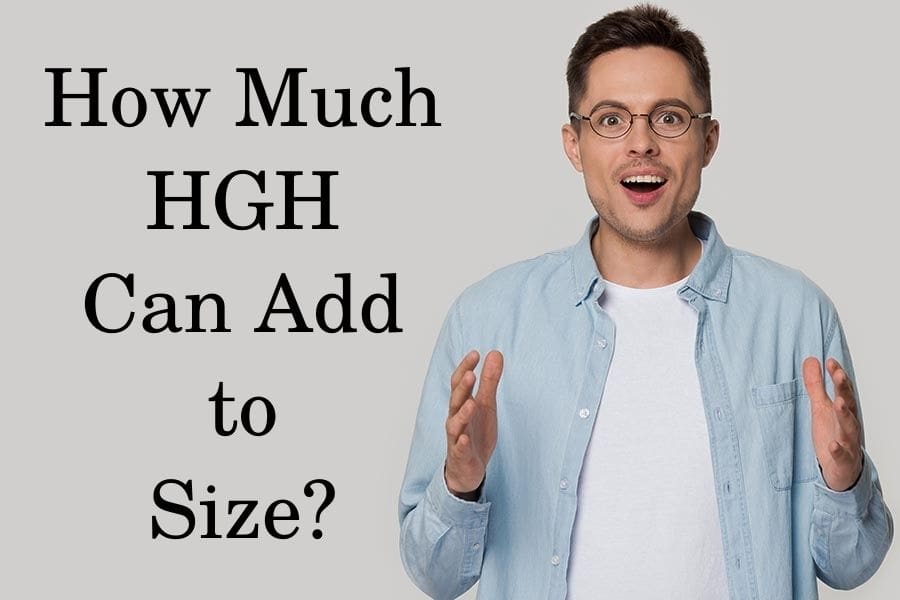 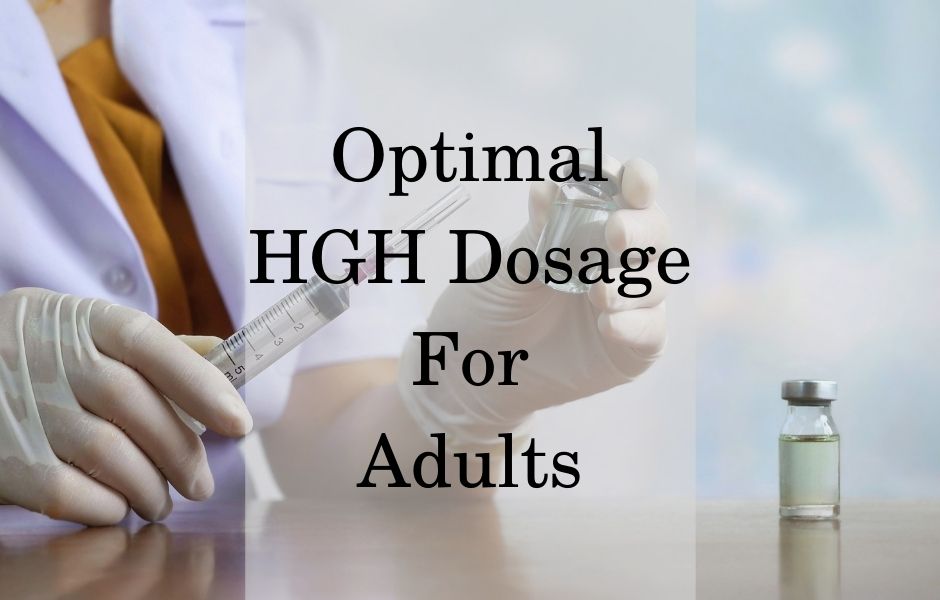