Are the Benefits of Sermorelin Therapy Real?

Best HGH Doctors and Clinics > Blog > Are the Benefits of Sermorelin Therapy Real? 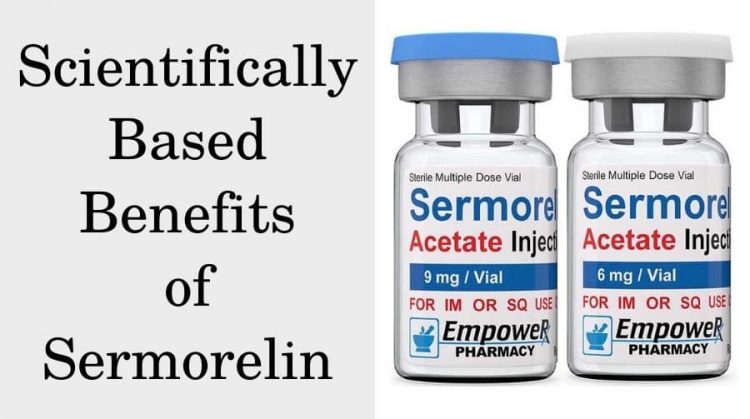 Sermorelin acetate, also known as GRF (1-29), is a peptide that can stimulate the pituitary gland to produce more human growth hormone (HGH).

Yet, scientists have not studied the benefits of the medication to the same extent as growth hormone replacement therapy.

According to the available evidence, its effectiveness for treating growth hormone deficiency (GHD) appears much lower than taking HGH. Thus, the benefits may occur much slower, and it may take a few months until you notice any improvement.

Furthermore, the effectiveness of the medication depends on the frequency of dosing, the remaining capacity of the pituitary gland in GHD patients, and gender. It appears that sermorelin may have more benefits in men compared to women.

Currently, sermorelin is widely marketed as an anti-aging medication, although there is no evidence showing benefits outside of increasing GH levels within the physiological references.

What is Sermorelin good for?

Sermorelin is FDA-approved for diagnosing GHD and treating short stature in children. It is not a controlled substance, so it can also be used off-label in adults.

Scientists report that sermorelin in combination with arginine is an effective method for diagnosing GHD, except for cases where a problem with the hypothalamus causes the condition.

The researchers suggest that the medication can also help increase growth velocity in children with short stature.

One trial in 110 prepubertal children reported that once-daily subcutaneous GRF (1-29) administration increased height velocity in 74% of the patients. The dose was 30 micrograms per kilogram of body weight.

Another study reported similar growth-promoting effects after 6 months of either Sermorelin or HGH therapy.

What are the benefits of Sermorelin therapy?

Studies investigating sermorelin therapy in adults are scarce, but one trial in 12 GHD patients reports that serum GH levels were significantly increased following the treatment.

Nevertheless, peak HGH concentrations in the treated group were lower than the normal ones observed in healthy control subjects.

In comparison, HGH injections can lead to a supraphysiological increase in serum growth hormone depending on the dose. Thus, Sermorelin has lower efficacy compared to HGH injections.

In addition, animal studies have shown that sermorelin therapy may stimulate the release of other hormones, such as testosterone. Human research on the topic is lacking.

Since GRF (1-29) stimulates the natural GH production, which cannot exceed its physiological limitation, the treatment has a favorable safety profile and low risk of side effects.

The most common adverse reactions are only local and revolve around the injection site. Less than 20% of patients may experience pain, swelling, or redness at the injection site, which resolves spontaneously without treatment.

Patients rarely experience facial flushing and allergic reactions. However, the presence of specific antibodies is not an indication of allergy. They also do not reduce the effectiveness of the medication and often disappear spontaneously. 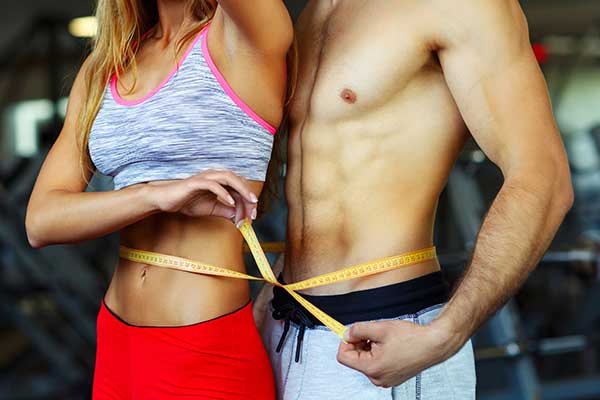 One of the most commonly professed benefits of sermorelin acetate is the improvements in body composition, such as increased muscle mass and improved fat loss. Available evidence does not support these claims.

Sermorelin therapy led to significant improvements in some muscle strength and endurance tests, such as performing crunches.

Another trial reported a positive correlation between serum growth hormone peak and waist-hip ratio in healthy older adults following 2 weeks of Sermorelin therapy. Again, there were no significant changes in BMI, lean body mass, or fat mass the same as for IGF-1 LR3.

Those with the highest mean GH levels also tended to have higher T levels, but the correlation was not statistically significant.

A longer study reported a significant increase in lean body mass by 1.26 kg in men (but not in women) after 4 months of Sermorelin therapy. The scientists reported no changes in body weight, fat mass, or bone mineral density.

Also, it is unclear whether Sermorelin therapy may help relieve symptoms such as muscle loss and fat gain in adults with GHD since the medication has been tested primarily on healthy older adults. 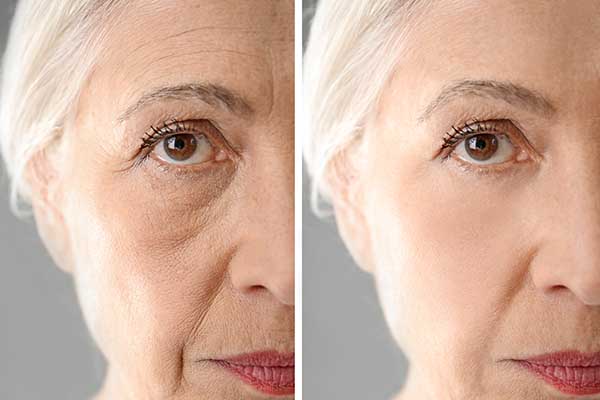 Aging is a process that involves specific changes in appearance, such as a reduction in skin thickness, turgor, and elasticity.

Since HGH stimulates the proliferation of new skin cells, medications like sermorelin that increase GH levels are often alleged to reverse the aging process.

Scientists report that 16 weeks of sermorelin therapy can increase skin thickness in both men and women aged 55–71 years.

Researchers revealed that the treatment resulted in significantly improved general well-being and libido in men, but not in women.

Although these results appear promising, scientists warn that increasing your HGH may not actually slow down or reverse aging in elderly people. In fact, it may even promote the aging of some tissues.

Currently, there is no data to suggest whether sermorelin may also influence other common problems in older individuals, such as hair growth and joint pain. 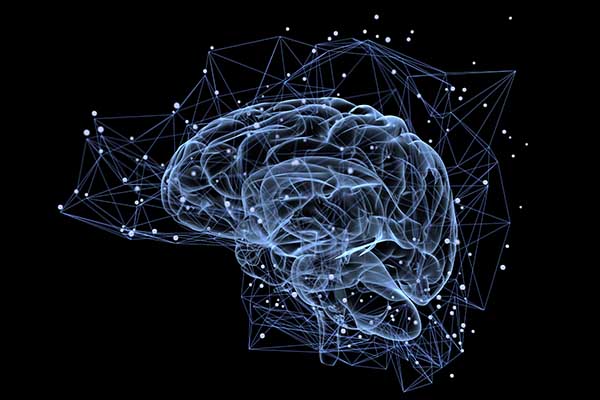 Sermorelin is often taken before bed to mimic the natural growth hormone secretion which peaks during sleep. Yet, there is insufficient evidence to suggest whether sermorelin may benefit sleep quality or duration.

Only one study has investigated the effect of the medication on brain functions such as memory and cognition.

The trial included 23 young individuals and investigated the effects of sermorelin on short-term memory. Those on GRF (1-29) showed better memory recall compared to placebo.

No studies have investigated the effect of the medication on sleep or mental conditions such as anxiety and depression.

A recent study reported another possible benefit of GRF (1-29) on the brain – suppressing the recurrence of gliomas.

Gliomas are the most common type of malignant brain tumor and often recur after the initial treatment. Sermorelin inhibited cell proliferation in a specific type of gliomas called high grade, IDH-wildtype glioblastoma.

On the other hand, one in vitro experiment reported that sermorelin may have a negative effect on neuroendocrine tumors such as pituitary adenomas and may speed up their growth.

The medication hasn’t been extensively tested in patients with tumors and malignancies, so it shouldn’t be taken by oncological patients.

According to single studies, sermorelin may have some effects on insulin sensitivity, blood pressure, and immunity.

For example, one trial in 19 healthy elderly individuals reported that 16 weeks of sermorelin therapy led to a significant increase in the number of different immune cells and their receptors.

A 16-week study reported a significant increase in insulin sensitivity in healthy older men but not in age-matched women treated with GRF (1-29).

Although most studies do not report any effects of sermorelin on blood pressure, one short trial in 11 men suggests that the medication led to a significant reduction of systolic blood pressure from 135 to 125 mmHg on average.

Yet, these small studies are insufficient to recommend sermorelin as a method for improving any of these health aspects. No trials report effects of Sermorelin on heart, lung, kidney, or liver function. 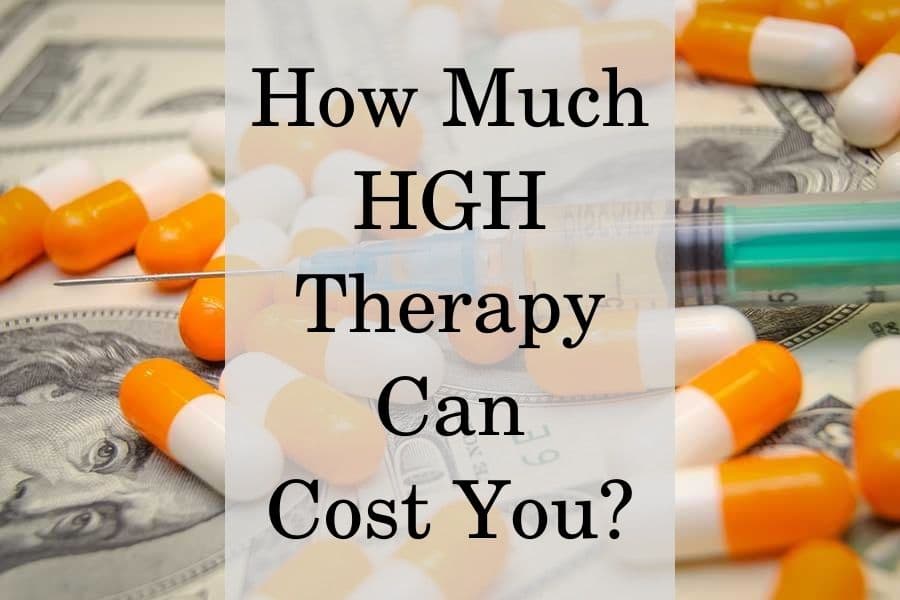 HGH Therapy Cost (per month). What’s the Price of Injections? 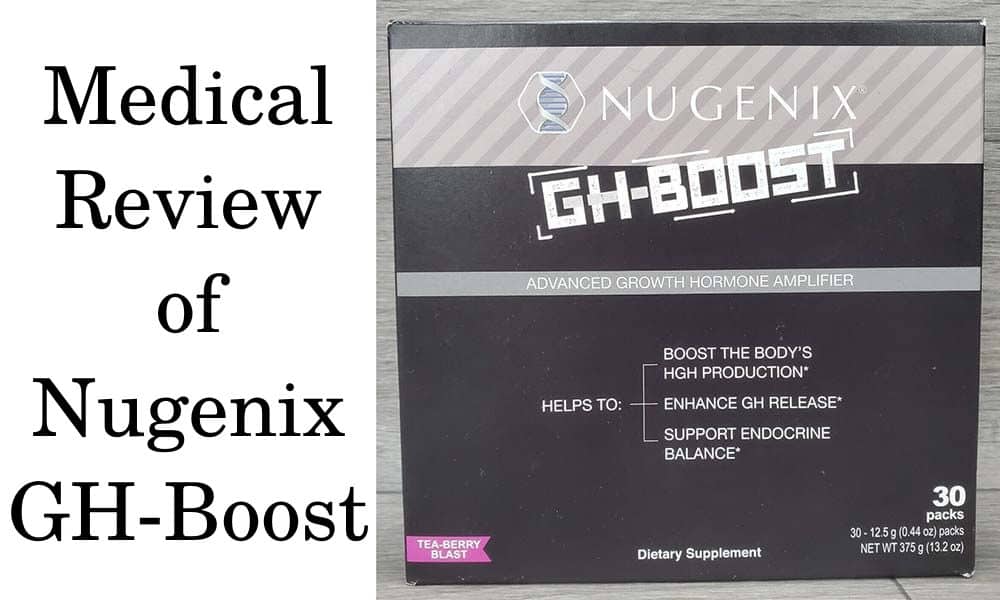 Medical Review of Nugenix GH-Boost and Its Ingredients