Science Based Pros and Cons of Using MK-677 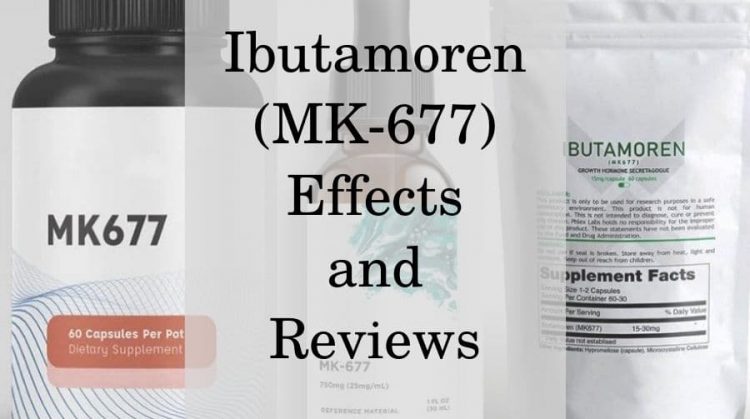 One of these products is a growth hormone secretagogue (GHS) called Ibutamoren (code names MK-677 and L-163,191). Sellers present it as a newer, safer, more convenient, and much more affordable therapy for low HGH.

Its popularity stems from the fact that there is no need for daily injections like other GHS or HGH. It’s an oral non-peptide HGH stimulant.

Yet, MK-677 is not FDA-approved, and research about its safety and effectiveness is scarce. You can buy the product only illegally and without any guarantee about its contents or possible risks.

In this article, we will break down the evidence so far and weigh in on all pros and cons of MK-677.

MK-677 belongs to a class of drugs that stimulate the pituitary gland into producing more growth hormone.

It is a GHS that mimics the hunger hormone (ghrelin). Ghrelin spikes when you are hungry and triggers the ghrelin receptors in the brain called growth hormone secretagogue receptors (GHS-R).

According to research, activating these receptors will increase your appetite, but also stimulate the pituitary gland to produce HGH which helps counteract low blood sugar while fasting.

The half-life of MK-677 is 4-6 hours which is significantly longer than most GHS. It’s orally active due to its non-peptide structure.

Ibutamoren leads to increased frequency in growth hormone pulses and an increase in the normal levels of insulin-like growth factor-1 (IGF-1). IGF-1 is the mediator of HGH’s anabolic effects.

For example, a trial with 65 elderly people (aged 60-81) showed that 25mg of MK-677 taken by mouth increases mean HGH and IGF-1 levels up to those of healthy young adults. The study also revealed that long-term Ipamorelin intake (up to 2 years) can successfully maintain high HGH and IGF-1 levels.

However, there is a lack of large studies investigating the effects of MK-677 in more diverse population groups.

MK-677 is still a drug under investigation that’s not approved for marketing in the US. Thus, any forms of Ibutamoren available on the market are illegal and unregulated.

MK-677 is mainly investigated for the treatment of growth hormone deficiency (GHD) and muscle wasting. According to a trial in 32 healthy elderly people, ibutamoren leads to a 55% increase in IGF-1 levels at 2 weeks and 88% by 4 weeks.

However, only one study has investigated its effectiveness in patients with GHD. Young adults with childhood-onset GHD took 50mg of MK-677 for 4 days. The participants achieved IGF-1 levels comparable to the reference values for healthy elderly individuals.

Currently, we lack studies on Ibutamoren’s effects on children. One study reports that a week of MK-677 leads to an increase in HGH and IGF-1 levels but the exact effects on long-term growth remain unknown.

A study in younger obese individuals found that 2 months of oral treatment with the GH secretagogue MK-677 resulted in an increase in muscle mass of approximately 3 kg and a transient increase in basal metabolic rate. The scientists reported no significant changes in fat mass in the initial study or the follow-up.

The previously mentioned 2-years long trial with 65 elderly people reported 5-7 lbs. of weight gain for the whole period of the study. There were no changes in fat mass or muscle strength despite the increase in HGH secretion.

MK-677 also led to a slight reduction in LDL levels and an increase in bone mineral density. However, no significant functional improvements have been reported in patients with bone fractures.

What are the most common side effects of Ibutamoren?

The most commonly reported side effect of MK-677 is an increase in appetite, which is a result of triggering the ghrelin receptors. However, the effect appears to be transient and decreases with prolonged use.

According to the long-term trial in healthy older adults potential side effects of MK-677 include:

Also, one study of MK-677 was terminated early due to a safety signal of congestive heart failure in a limited number of patients.

Due to its illegal status, there is also a high chance of counterfeit, diluted, and contaminated products. In fact, most illegal sellers wrongly label it as a SARM (selective androgen receptor modulator) – a class of drugs with similar anabolic properties to anabolic steroids, and many mistakenly consider HGH to be a steroid (which they are not).

MK-677 users share that they have experienced benefits such as improved recovery from training, improved muscle pump, and better sleep. 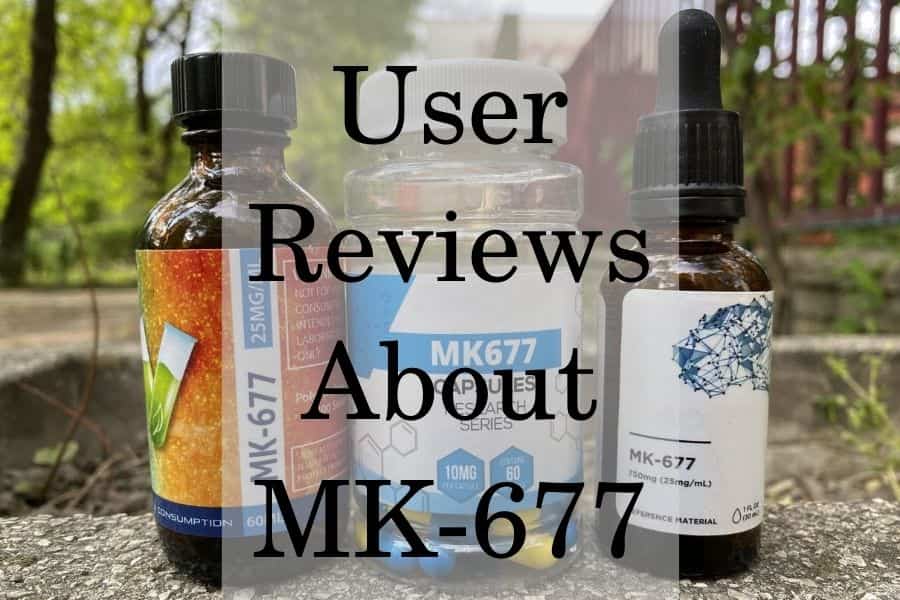 Many of them also took it in an attempt to heal sports traumas. Some users suggest that it helped them recover their joints and tendons after training injuries.

Most of the MK-677 users report variable results in muscle gain, fat gain, and water retention. That might be due to the illegal status of the medication and the lack of quality regulation.

Manufacturers can dilute it or add various substances, so you never know what effects to expect

The main negative effects reported were:

Most users recommend taking Ibutamoren in the evening, due to the sleep-promoting effects as well as in an attempt to avoid extra hunger and weight gain.

On the other hand, when you start legal HGH therapy, you will be monitored by a medical doctor. An experienced endocrinologist will assess your results and the risk of side effects on every checkup.

If there are any concerns, your physician can make the necessary changes to ensure the safety and effectiveness of your treatment. 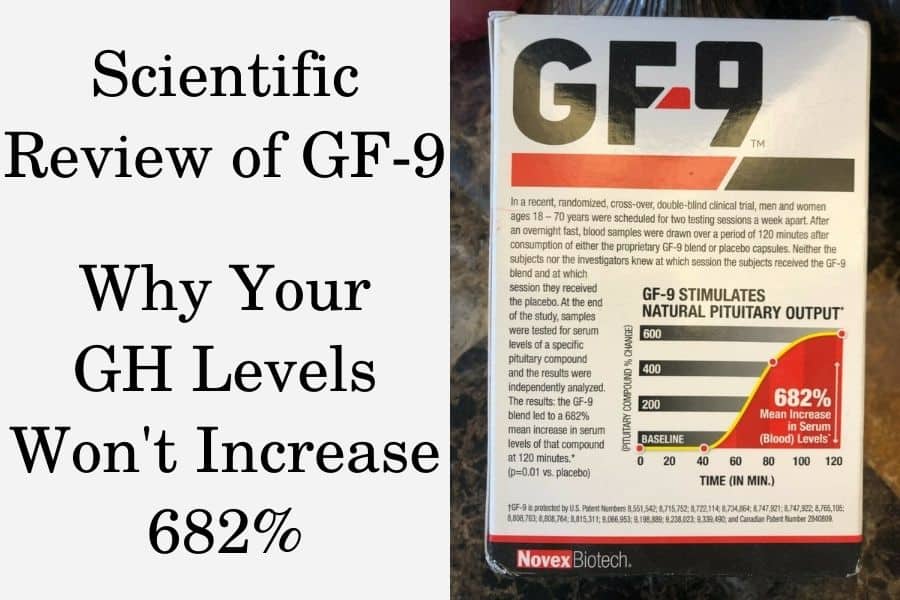 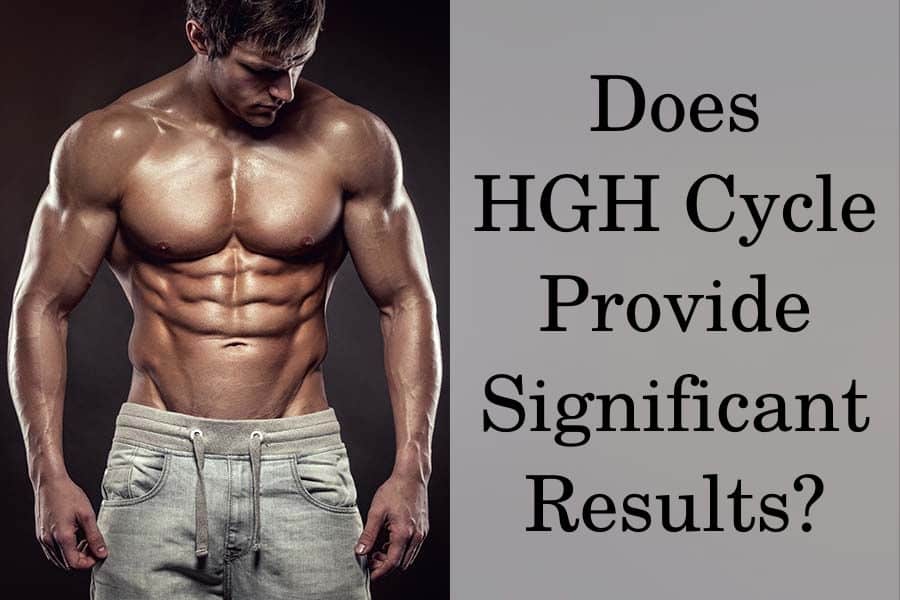 Why You Shouldn’t Try HGH Cycle