Real Cause of HGH Gut and How To Avoid Palumboism 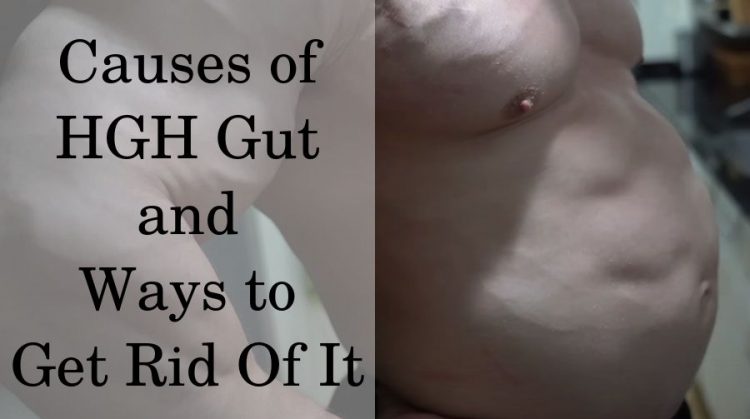 HGH gut is a rare condition that occurs exclusively amongst bodybuilders who abuse large doses of anabolic substances such as human growth hormone (HGH).

The first cases of HGH gut occurred during the 90s when bodybuilders started adding HGH and insulin to their anabolic steroid stacks.

Bodybuilders often stack performance-enhancing drugs (PEDs) such as anabolic steroids, HGH, and insulin when attempting to gain as much body mass as possible.

They take HGH in particular because of its beneficial effects on physical performance, lean body mass, and fat loss. Indeed, HGH can lead to improvements in physique and athletic performance, although the effect is lower compared to other PEDs.

But to achieve these benefits, bodybuilders often take extreme doses of HGH and other PEDs, which may lead to side effects such as HGH gut.

Yet, HGH gut has never been observed amongst natural bodybuilders or patients taking HGH therapy due to a medical condition.

If you are taking injections as prescribed and follow the recommended HGH doses, there is no risk that you may develop an HGH gut.

Are all “Guts” the same?

HGH gut, bubble gut, steroid gut, and palumboism are different terms used to describe the same condition, which is the abdominal distention observed in bodybuilders who stack multiple anabolic substances.

The substances in the bodybuilding stacks of those with bubble gut typically include both HGH and anabolic steroids. This is why both “HGH gut” and “steroid gut” (aka “roids gut”) are common terms for this condition.

Palumboism is another common term for the condition, which is derived from the name of Dave Palumbo, who was a heavy PEDs user. He was an American bodybuilder who competed in the 90s and was amongst the first to suffer from the condition. 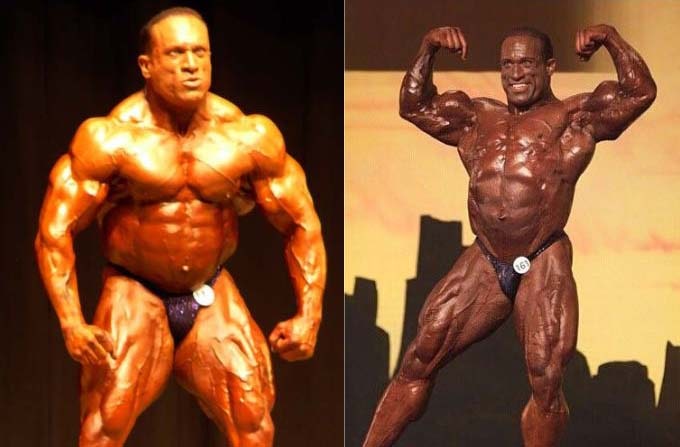 What is unique about the bubble gut is that those affected have a bloated and protruding belly while, at the same time, they have low amounts of body fat, ripped, muscular bodies, and defined abs.

This is why the condition is also sometimes called “pregnant abs.”

Furthermore, bodybuilders with HGH gut cannot seem to pull their gut in and perform stomach vacuums, even while on stage during bodybuilding competitions.

Unfortunately, there is no reliable evidence on how and why exactly the condition may occur. There is only anecdotal evidence from cases of multiple PED abuse among bodybuilders.

That’s why scientists cannot yet answer the question about how the combination of steroids, HGH, and other anabolic substances may cause the occurrence of bubble gut.

Interestingly, both male and female bodybuilders who abuse PEDs can be affected by palumboism. However, the condition is more common amongst men, likely because male bodybuilders also use higher doses of PEDs.

Due to the lack of scientific data, it is also unclear if HGH gut and the associated abdominal distention can lead to any health problems. According to anecdotal data from bodybuilders, it is primarily an aesthetic issue.

The list of the most famous individuals who are known to have HGH gut includes both professional and amateur bodybuilders.

Apart from Dave Palumbo, who was one of the first people affected by the condition, other popular professional bodybuilders with HGH gut are Ronnie Coleman, Phil Heath, and Kai Greene.

Mr. Olympia’s contestants and winners are well known for stacking anabolic steroids, insulin, and HGH in huge doses, so this is the most likely cause that they developed the condition.

It’s important to note that the bubble gut has usually occurred towards the end of the competitive careers of these bodybuilders. This suggests a cumulative effect of long-term HGH abuse and a potential role of aging in the occurrence of HGH gut.

Another example is Big Lenny, an amateur bodybuilder who never competed at Mr. Olympia but has been open about the amount of PEDs he takes and also suffers from an extreme case of HGH gut.

Another popular personality – Joe Rogan, has also been rumored to suffer from bubble gut, primarily because of a shirtless appearance in one of his videos titled “Sober October Weigh-In.” 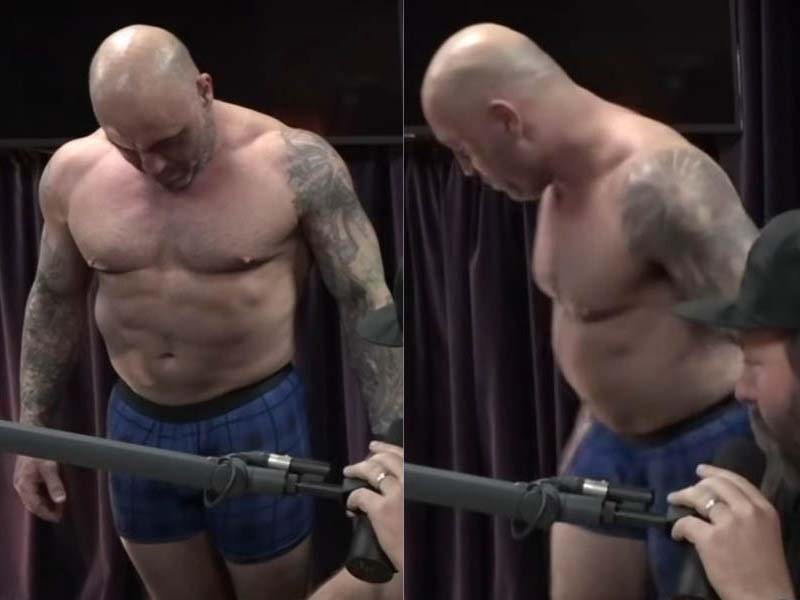 In the video, he appears with a bulging midsection and bloated abdomen despite also having visible abs. However, the video is the only occasion where Joe Rogan has appeared with a bubble gut, so it’s unknown if this is the permanent condition of his abdomen or just a diet-related momentary state.

Can legal HGH cause bubble gut?

Legal HGH therapy that’s prescribed and controlled by a medical doctor cannot cause a bubble gut.

Currently, there are no cases of Palumboism reported amongst millions of patients who take HGH injections for conditions such as growth hormone deficiency, short-bowel syndrome, and muscle wasting due to AIDS.

That’s despite the fact that HGH therapy is anabolic for most tissues, including the abdominal organs, such as your intestines.

In fact, research reveals that GH can stimulate the synthesis of insulin-like growth factor-1 (IGF-1) in the tissues of the intestines.

Studies also report that high levels of HGH in the body, such as in patients with acromegaly, can lead to the slower transit time of food in the digestive system. Slower motility may potentially lead to bloating and constipation.

Another reason that HGH therapy patients do not develop HGH gut is that they take physiological doses. Legal HGH therapy involves doses ranging from 0.2-1.2 mg per day, while bodybuilders take anywhere between 3-10 mg of growth hormone a day.

Legal HGH therapy can also lead to certain side effects, although they can be easily avoided or reversed by reducing the dose and careful adjustment by an experienced specialist.

Transitory water retention is the most common side effect, which manifests with:

Considering the fact that bubble gut is mostly exclusive to competitive bodybuilders, the most likely cause of the condition is the abuse of one or several PEDs. 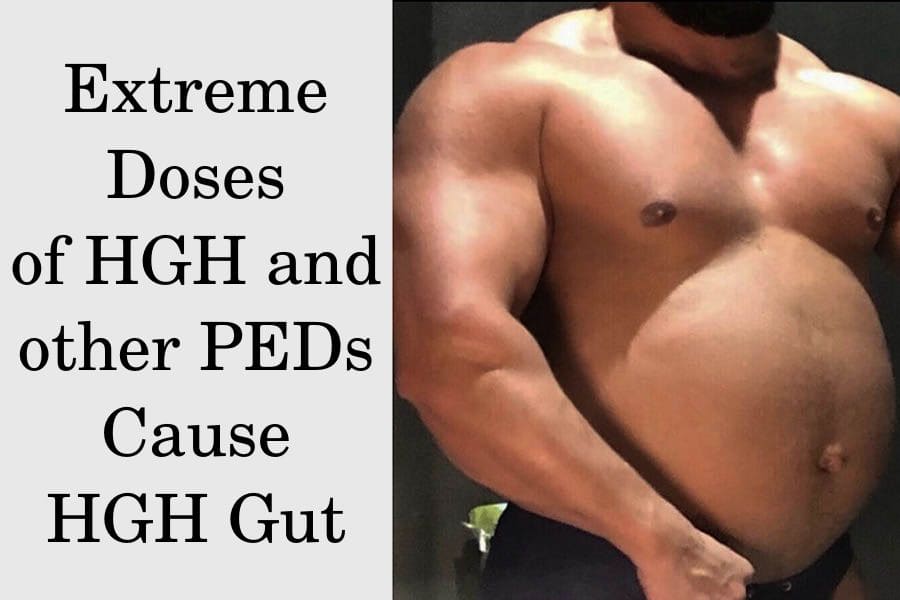 The most commonly abused PEDs in bodybuilding stacks are HGH, insulin, and combinations of anabolic steroids.

Extreme doses of HGH are one of the most likely contributors to the development of bubble gut. Preliminary studies suggest genetically modified rats that produce high amounts of growth hormone have increased weight and length of the small intestine.

In fact, the animals had a 50-100% increased mass of their intestinal mucosa compared to normal rats. While these findings may not fully translate into humans, it provides a plausible mechanism via which HGH may contribute to bubble gut.

Case studies in bodybuilders also report an increased size of certain abdominal organs, such as the liver, as well as the presence of tissue edema. These factors may also contribute to the bulging appearance of the midsection in bodybuilders with palumboism.

Some bodybuilders often consume enormous amounts of food after taking insulin in order to avoid hypoglycemia. The stretching effect of food on the stomach, in combination with the growth-stimulating effect of HGH, could potentially contribute to the development of palumboism.

However, extreme dieting and training without abusing huge amounts of PEDs are unlikely to cause a bubble gut. For example, many natural bodybuilders follow extreme training and dietary practices, but they do not develop abdominal distention.

Furthermore, professional bodybuilders who competed before the 90s also didn’t suffer from palumboism, despite eating huge amounts of food to pack on mass. That’s likely because, in the 90s, HGH was not yet common in bodybuilding stacks.

In fact, a form of abdominal distension called enteroptosis can occur when the abdominal muscles are too small and weak rather than too strong or big. Enteroptosis is a medical condition that occurs due to protein malnourishment and lack of muscle strength.

Other medical conditions which can lead to a bloated midsection and abdominal distention include:

How to get rid of bubble gut?

Considering the fact that the exact causes of bubble gut remain unknown, there is no effective medical treatment for the condition.

However, the HGH gut may naturally reverse on its own after discontinuing PEDs abuse.

That’s evident from retired bodybuilders such as Dave Palumbo himself, who appears to have lost his bubble gut and is even after withdrawing from professional bodybuilding. 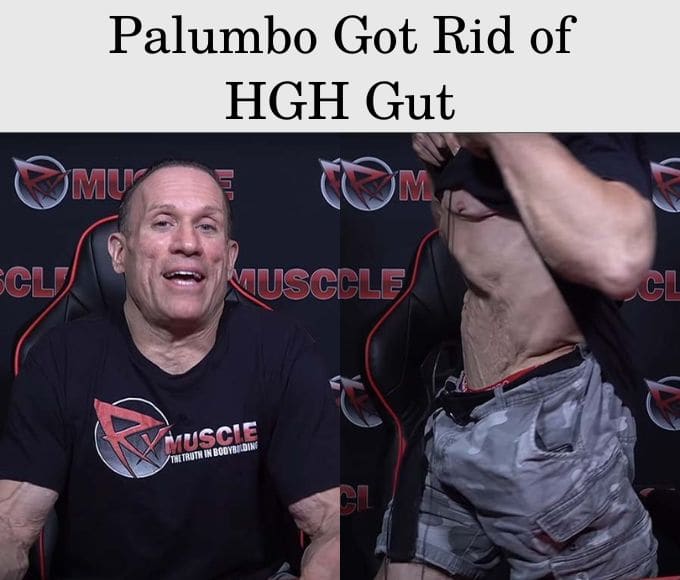 In a relatively recent video, Dave Palumbo is even able to perform stomach vacuums and still has visible abs, although as his muscles and overall body frame have shrunk, his skin looks quite wrinkled.

Indeed, animal studies show that low levels of HGH can lead to an atrophy of the gastrointestinal organs, such as the stomach and the intestines.

Therefore, discontinuing HGH abuse is currently the only potentially effective strategy for reversing palumboism. It’s important to note that the degree to which the condition reverses after stopping PEDs abuse may vary from one individual to another.

How to prevent palumboism?

The best way to prevent developing a bubble gut is to simply avoid abusing large doses of PEDs and especially HGH injections.

While substances such as growth hormones and especially anabolic steroids can lead to dramatic fat loss and an increase in muscle mass, they can also lead to serious and potentially fatal side effects.

Instead, you should focus on a proper diet and training routine in order to achieve your goals. Even extreme dietary and training regimes haven’t caused HGH gut in individuals who do not abuse multiple PEDs.

To increase the efficiency of your diet for achieving a better physique, you should first pay attention to your intake of calories and protein.

Studies show that your caloric intake is the main factor that will determine whether you will lose, gain or maintain your weight. If you are trying to lose fat and get leaner, then restricting your calorie intake and maintaining a caloric deficit is the way to go.

You can start by learning how to estimate your energy intake correctly and then slowly reduce it until you start losing weight. This means you have decreased your energy intake to a point where you are eating fewer calories than you burn.

In the meantime, it’s also crucial to consume enough dietary protein since your body needs the amino acids to maintain muscle mass and strength.

You should consume anywhere between 1.8-2.2 grams of protein per kilogram of your body weight a day to maximize muscle anabolism.

If your main goal is to achieve a lean and muscular physique, then your training routine should include at least two sessions per week of resistance training.

Resistance training is essential for building muscle during a bulk, but also for preserving muscle mass during dieting for weight loss.

Make sure to train each muscle at least twice per week. According to a 2016 systematic review and meta-analysis, this produces better results than training each muscle only once weekly.

Furthermore, it is essential to apply progressive overload when training with weights. This means exposing your muscles to stimuli they aren’t accustomed to yet. For example, aim to lift more weight over time or do an additional rep during each session. 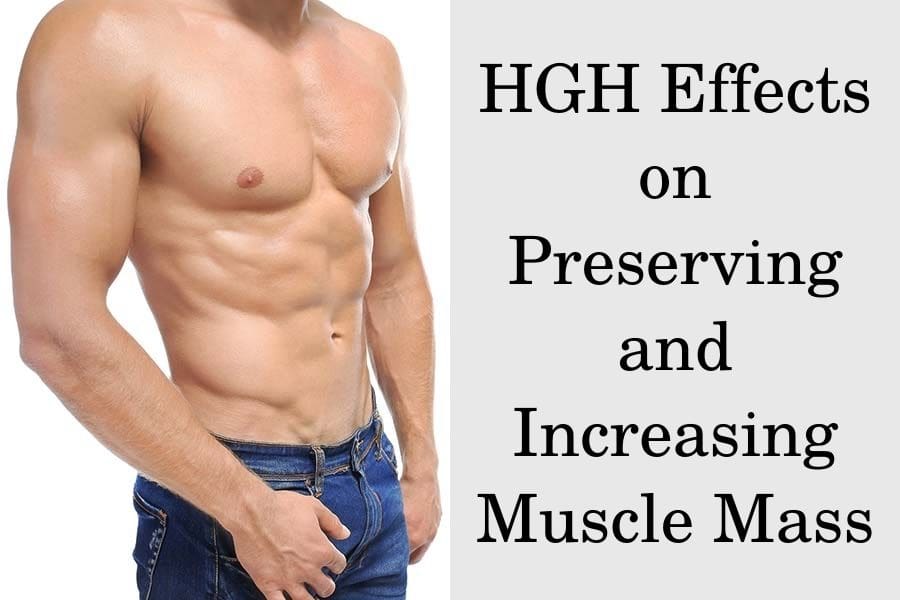 How Good Is HGH for Muscle Growth and Bodybuilding 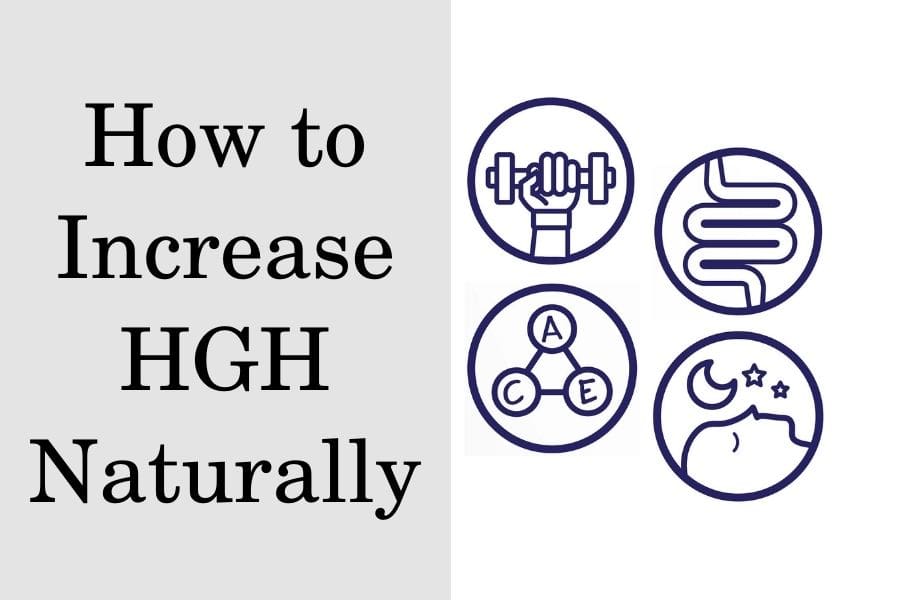